FOOD PACKS DELIVERED IN THE LAST 10 DAYS OF RAMADAN

FOOD PACKS DELIVERED IN THE LAST 10 DAYS OF RAMADAN

The Olive Branch Australia has started the delivery of food packs this Ramadan (2019) in Rohingya camps in Myanmar. In the last ten days of Ramadan, we wanted the neediest to get food for Iftar and suhoor. So we made an arrangement with partners and with your help began feeding people immediately. The riots in Myanmar, especially the Rakhine state, have displaced over 120,000 Muslims with the total affected estimated at almost 1 million refugees. It is a humanitarian crisis. It is estimated that only 15% of the food needs are available. So food packs it is. So we triggered the emergency response team for a short term project. The objective is tFood Packs for Rohingya Myanmar feed 2800 people by the end of Ramadan. This equates to 560 food packages to vulnerable internally displaced people in the camps of Sittwe, Rakhine State. The meetings with stakeholders such as on-the-ground partners, governments and other NGO’s have directed the team to where to source food and transportation. The teams have begun packing the items into official food packs as per the new registrations for the Food Packs Distributions of each household ready to be transported to the distribution site. The food packs are temporarily stored in a warehouse. Also, our stakeholders have advised as to the specific areas to service. These areas are not covered by current aid programs and therefore the food shortage is at its lowest. In the area, a village distribution committee is formed to provide guidance on registering beneficiaries of the food packs, how to distribute the food packs, and the safest time for distribution. We’ve also partnered with a local organisation to oversee the project and empowering them to ensure the food packs being delivered in Myanmar Ramadan 2019ood is distributed as per the agreement. Also, we endeavour to empower internally displaced women by providing cash crop opportunities through the purchase of essential sustainable items. With the Grace of God, the project has begun and because of you, our donors, people in need are eating.

To contact us, please email or call us directly on our number below. 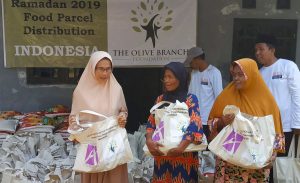 FOOD PACKS DELIVERED IN THE 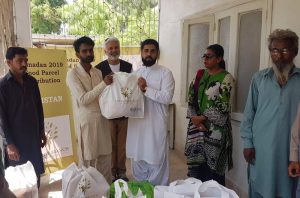